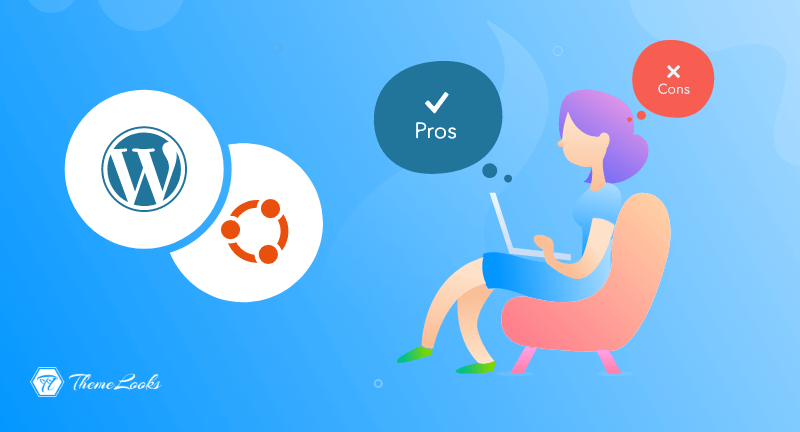 Do you want to run WordPress on Ubuntu? You’re in the right post.

The Ubuntu operating system is an excellent choice for running your WordPress site. We know, that’s a big statement. In this article, we will try to put it all together. Furthermore, it is an open-source Linux-based OS that is freely available.

Over the years, Ubuntu has released various versions of its operating system. Due to its long-term support status, we will be referring to Ubuntu 20.04.4 LTS for this article. As soon as you log into your machine for the first time, make sure you check the version of Ubuntu you’re running.

There is a unique support scheme for desktop and server versions that lasts for five years. A monthly support program is also offered by Ubuntu for its standard releases.

With Ubuntu, you are assured of foundational benefits including data security, whether you are launching a business website or starting a blog. In this article, we will review the pros and cons of using Ubuntu to power a WordPress site.

Here are some reasons why WordPress website owners should seriously consider Ubuntu as a website operating system.

Ubuntu is Free of Charge

Ubuntu is completely free, so if you’re a beginner, you don’t have to worry about spending money on running your WordPress site. You do not have to pay a license fee. Millions of people, businesses, and institutions have been able to launch their websites on Ubuntu and have a greater sense of control than they had with shared hosting services before.

The majority of website developers prefer to use Ubuntu instead of a Microsoft-powered server for running WordPress. As we’ll see in a later section, the Ubuntu CLI allows you to customize both the way you manage and control your site, as well as how it works from the inside.

Development with Ubuntu is Ideal

A clean Ubuntu installation is much faster and easier than a clean Windows installation, which requires installing an office suite, Java, Python, and text editor. Programmers can immediately use the machines after they acquire them due to the distinctive out-of-the-box support features.

Do you think something is missing? With a single line of code, you can install anything you need from the many Ubuntu repositories using the apt-get command.

“A new wave of workloads demand breakthrough efficiencies in density, energy, and operational costs which can be scaled to a customres’ IT environment”
-Paul Santeler, VP & GM, Hyperscale Business Unit, HP

It is true that Windows offers the user the ability to multitask easily, but the benefits of using Ubuntu outweigh that since Ubuntu helps the user save time over Windows. When you become familiar with the CLI, you will be able to develop much more efficiently, making use of fewer server resources. 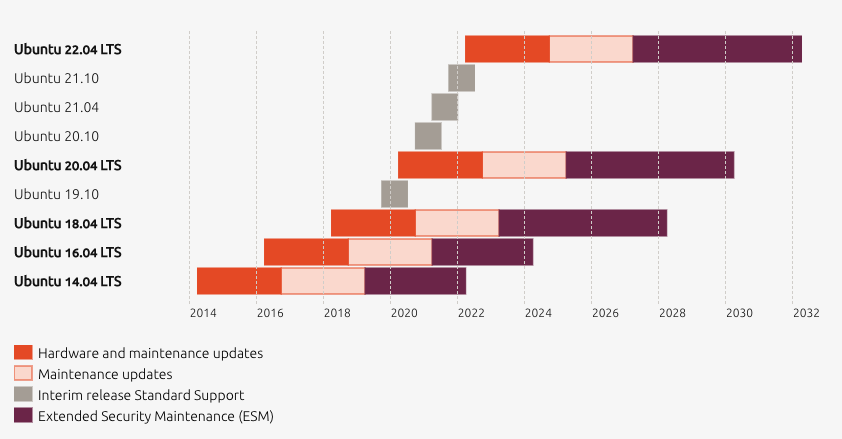 Millions of people prefer Ubuntu over Windows because it updates background software without slowing down your work; this is why it is so popular with developers.

The update will be quick, easy, and won’t disrupt your site if it is not a major update (E.g., switching from Ubuntu 18.04 LTS to Ubuntu 20.04 LTS). In addition, the updates are much lighter.

Due to the open-source nature of Ubuntu, it offers the same benefits as WordPress, which is that it is extremely well documented. If you need something, someone probably has a tutorial for it. As new users set up their websites, search engines of choice will become their new best friends.

Compared to other server software, Ubuntu is much less resource-intensive due to its lack of GUI. In this way, you can use the server’s resources to run your site, instead of worrying about the server’s background processes.

As a result, you will be able to save a bit more money. By choosing a less resource-intensive, more affordable server, you can save on resources.

Command Lines are the Heart of Ubuntu

In comparison with other operating systems, Ubuntu offers its users more flexibility when it comes to designing the perfect firewall for their website because of its frequent security updates. It may take some time and research to set up, but you’ll be well protected in the end.

Ubuntu has a number of repositories that provide extra software for your system. These repositories contain free, open-source software supported by Ubuntu, proprietary devices, open-source and free software maintained by a community, and Ubuntu-backed software.

Let’s go over a few causes why Ubuntu may not be the best option for some site owners.

The Learning Curve is Steep

Have that in mind, it is an open-source software geared more at power users, and Ubuntu is more challenging to master. Users with little expertise with a command-line interface will waste a lot of time looking up tutorial videos while attempting to perform activities.

With that said, once you comprehend the basic guidelines at work, the rest of the learning process becomes much easier and definitely worthwhile.

When it comes to developing a site, it is necessary to hire a professional who is knowledgeable about various commands and functional areas.

A complex web software will almost certainly necessitate the collaboration of multiple developers. A WordPress user, on the other hand, should be perfectly fine when starting out on their own.

Below are a few words of advice to keep you on the right path when selecting Ubuntu as your running site.

Investigate and select the best web server stack for your needs. LEMP and LAMP are the two most common and popular options.

Let us examine what each one of them contains:

There are additional options, but making a choice between these two will result in simpler site supervisors because they are the most well-documented stacks accessible.

Begin by investigating the command-line functionality, learning the most commonly used commands, and deciding on a favored connection process. When using an Ubuntu-powered VPS, you’ll generally need to connect to the server via SSH.

Consider using PuTTY if you use Microsoft Windows. In the meantime, if you’re running Linux or iOS, you can connect to your server via the terminal.

Update Your OS Quickly and Regularly

After installing Ubuntu on your device, you must emphasize upgrading the OS before concentrating on your project. It is recommended that you run an upgrade to the most recent operating system version that is available on the market.

If the Ubuntu OS is not up to date after installation, there is a good chance that installing directories or apps will be difficult.

This is simply one of the advantages of operating WordPress on Ubuntu. It provides flexibility by allowing the user to create preferred shortcuts that will aid in the ability to easy opening applications, switch panes, and so on.

Whether you’ve been using the nano editor or TMUX to split panes, it’s critical to become acquainted with the various shortcut keys that would help you effectively manage your server.

We hope, you clearly understand the benefits and drawbacks of running WordPress on Ubuntu. Finally, the choice is yours. There are numerous factors to consider when selecting the best web host for your website.

It is critical to take your moment and consider all of your choices before making a final choice. As a newbie WordPress user, it is critical to set reasonable goals while taking into account that your expertise and the objectives of your website will help you keep your hopes alive and make the best choice.

If you want a simple and free host that doesn’t involve much setup, we recommend running WordPress on Ubuntu. You will benefit hugely from it even if you do not have a budget. This is an ideal location for starting a small company and growing it without much difficulty.