7 Types of Cyber Security Threats Explained: You Need to Be Awake 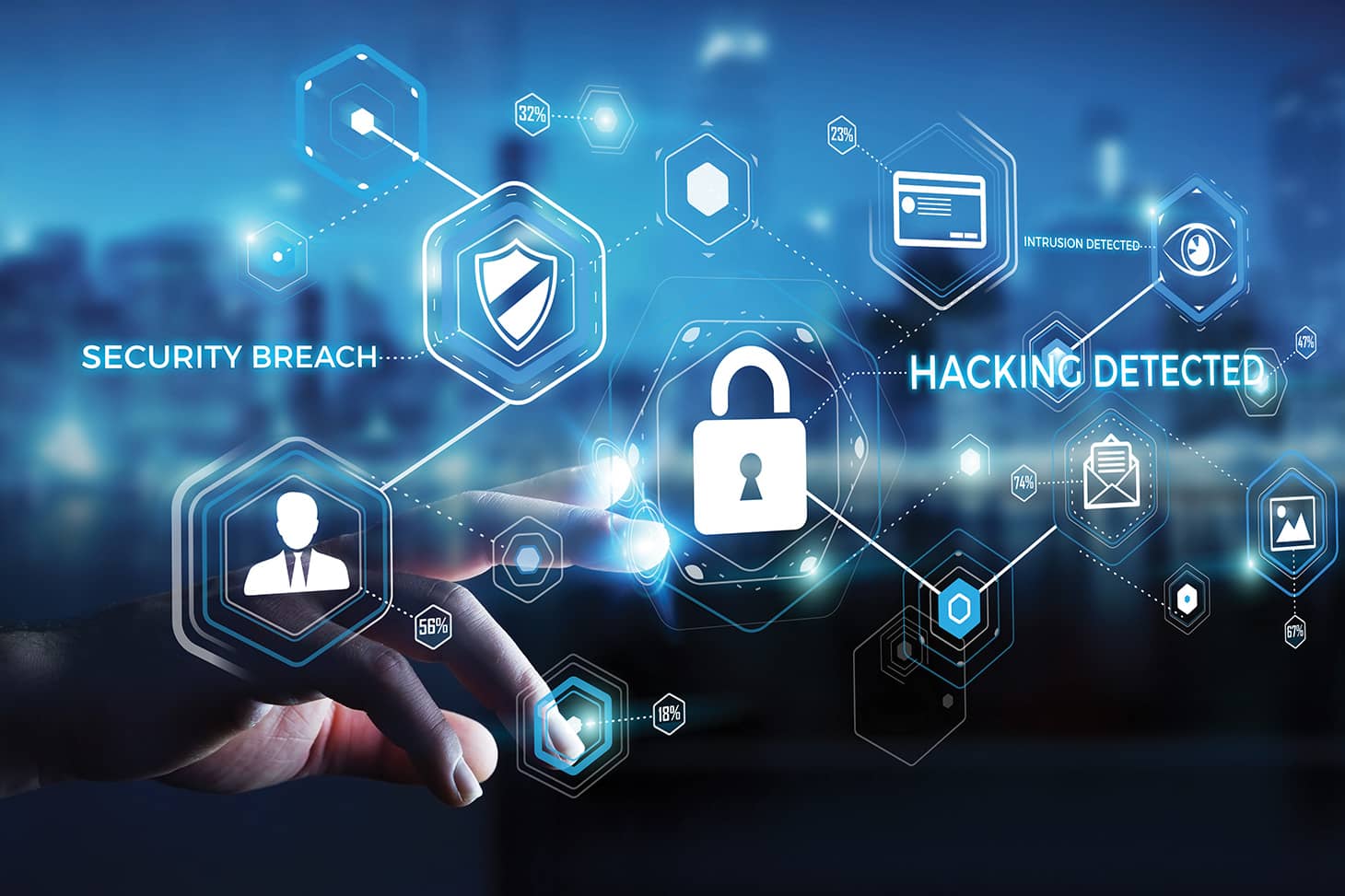 Computer systems are continually protected against different cyber threats by cyber security professionals. Business and private systems are hit by cyberattacks every day, and their variety has grown rapidly. There are many cyber security threats that you should be aware of.

John Chambers, the former CEO of Cisco, explained that companies are divided into two types: one that has already been hacked and another that has not yet been identified as having been attacked.

Hackers have many motives for conducting cyberattacks. Money is one of them. It is possible for hackers to take down a system and ask for payment to restore it.

Ransomware, an attack where service is restored only after payment is made, has become increasingly sophisticated.

Cyber-attacks affect both businesses and individuals because individuals store personal information on their mobile phones and use public networks that are not secure.

The Cyber Security Threat: What Is It?

A cyber security threat is any malicious act, conducted with the intent of unlawfully accessing data, disrupting digital operations, or damaging data.

There are many sources of cyber threats, including corporate spies, hackers, terrorists, hostile nations, criminal organizations, and disgruntled employees. 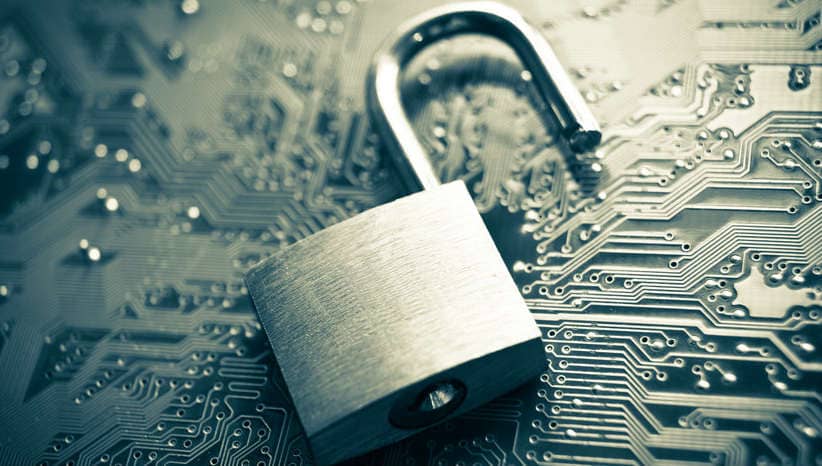 There have been numerous high-profile cyber attacks in recent years that have caused sensitive information to be exposed.

In the 2017 Equifax breach, 143 million individuals’ personal information was exposed, including their names, addresses, and Social Security numbers.

Organizations in both examples failed to implement, test, and retest technical safeguards, such as encryption, authentication, and firewalls, leading to cyber security threats.

It is possible for hackers to steal sensitive data from individuals and companies to commit crimes, including stealing information or accessing financial accounts, so cyber security professionals are essential for preventing such damage.

The following types of cyber threats should be familiar to cyber security professionals. Otherwise, keeping yourself and your organization safe and secure from these kinds of cyberattacks won’t be easy. 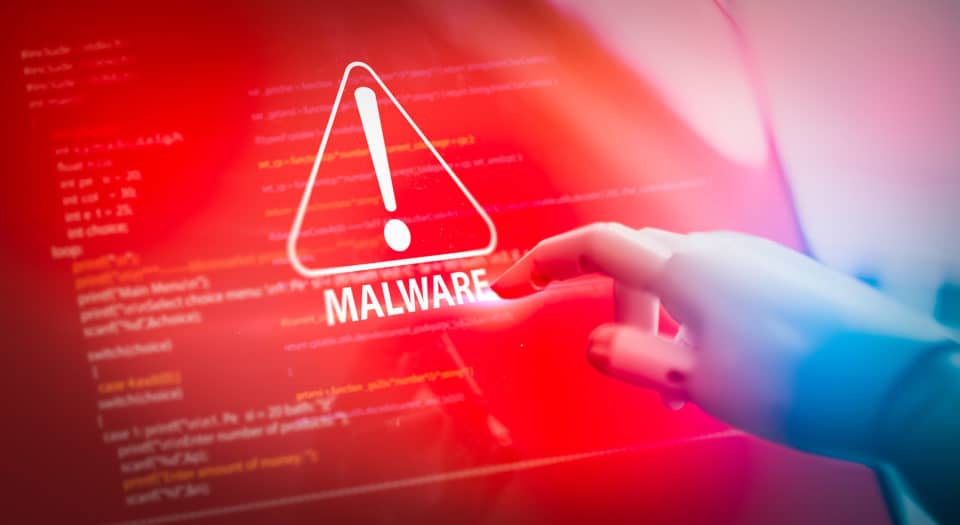 Malware is a piece of software that causes damage to a computer, such as spyware, ransomware, viruses, and worms.

Clicking on a malicious link or attachment activates malware, resulting in the installation of dangerous software.

If malware is activated, Cisco reports that it can block access to critical network components (ransomware), install additional malicious software, steal data by transferring it to a third party (spyware), and disrupt parts of the system, affecting its operation. 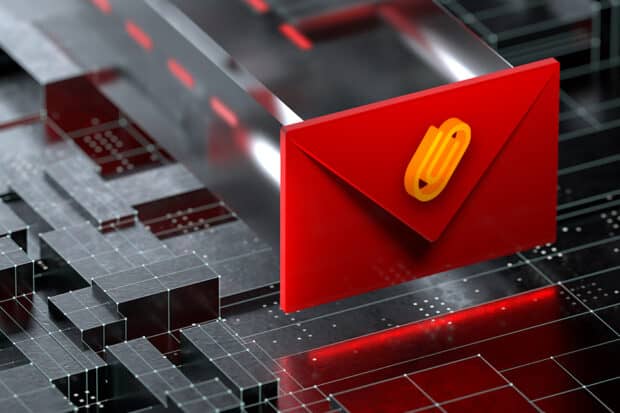 As described by the Cybersecurity and Infrastructure Security Agency (CISA), Emotet is an advanced, modular banking Trojan mainly used to drop other banking trojans. This malware is one of the most expensive and destructive. 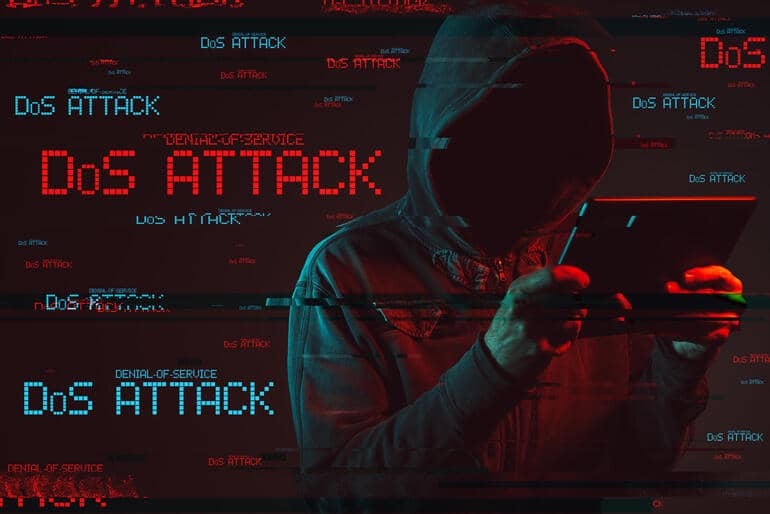 Denial of service (DoS) refers to an attack on a computer system that floods it with requests so that it cannot respond to them. Distributed denial-of-service attacks (DDoS) do the same thing, but the attack comes from a computer network.

An attacker can disrupt the handshake process with a flood attack and execute a denial-of-service attack. Other attacks may be launched during the time that a network is down, as some cyber attackers take advantage of the downtime to execute other attacks.

Jeff Melnick of Netwrix, an information technology security software company, explains that a botnet is a form of DDoS where a hacker can infect millions of computers with malware and control them.

These botnets, also known as zombie systems, engulf and overpower a target’s processing capacity. It is difficult to trace these botnets due to their diverse geographic location.

Man in the Middle 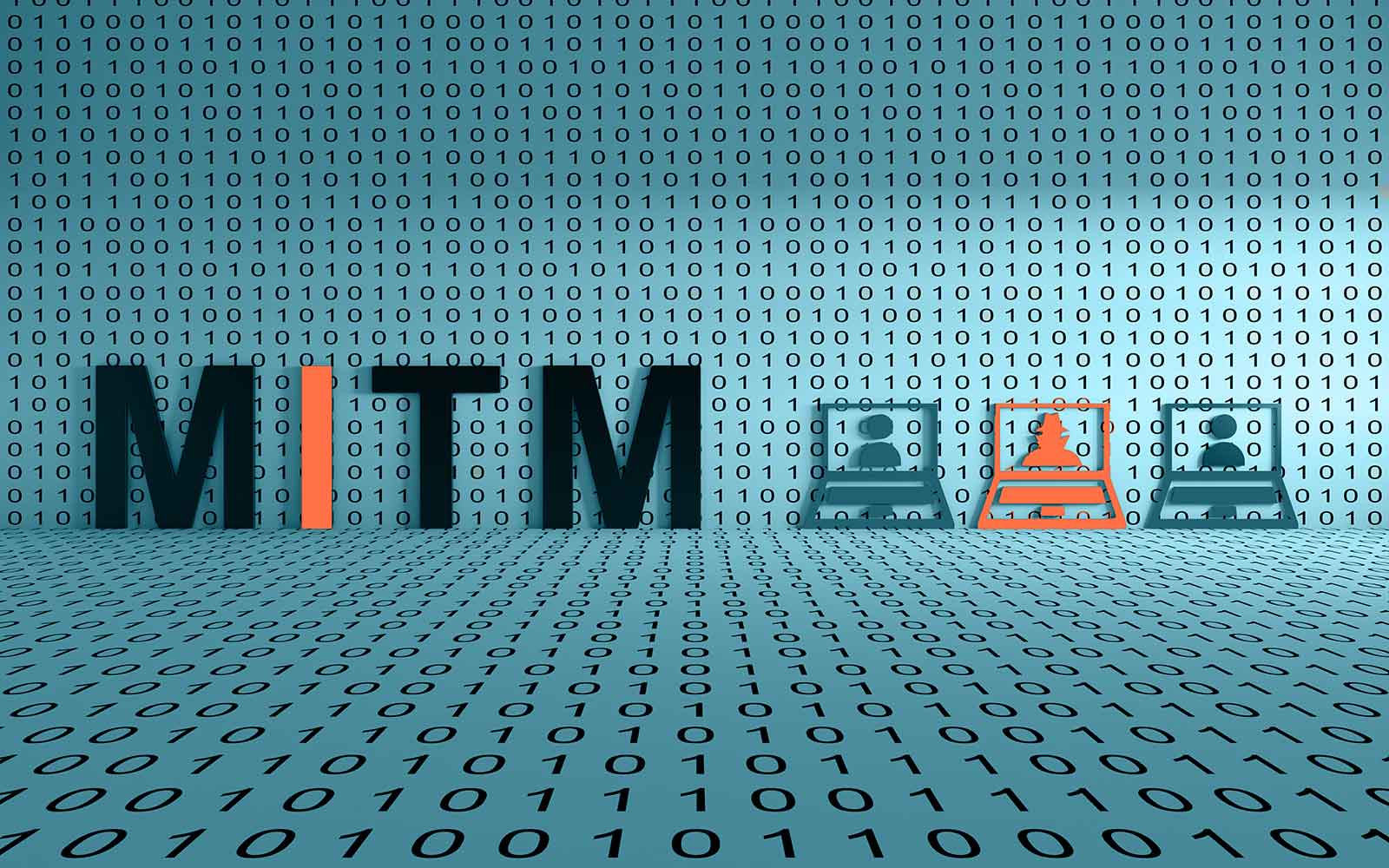 An account can be hacked through a man-in-the-middle (MITM) attack, where hackers insert themselves into the transaction between two parties. According to Cisco, once they interrupt the traffic, they can filter and steal data.

Visitors often become the victim of MITM attacks when they use an unencrypted public Wi-Fi network. During an attack, hackers put themselves between the visitor and the network, after which they install malicious software and use data for malicious purposes. 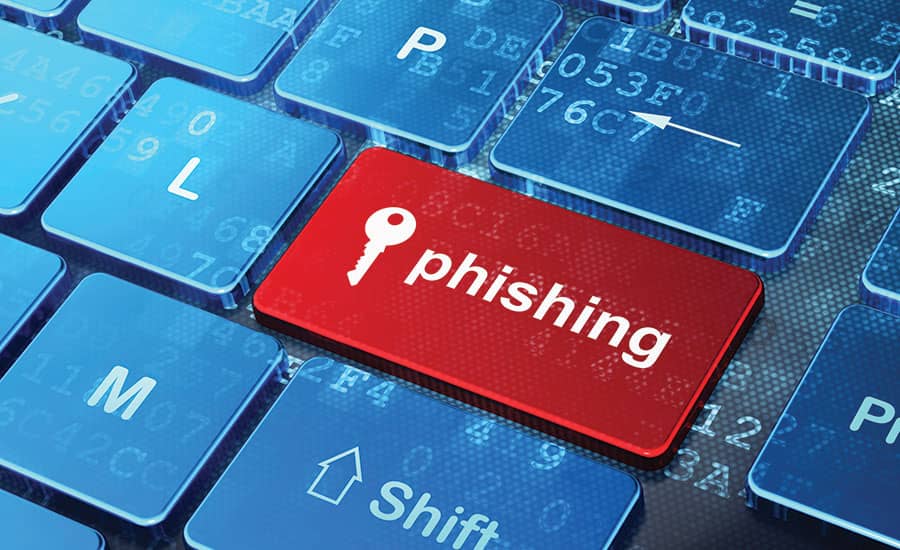 A phishing attack aims to trick the receiver into opening a fraudulent communication, such as an email, and following the instructions inside, such as providing their credit card information.

“The goal of this attack is to steal sensitive information such as credit card numbers and login information, or to install malware on the victim’s machine,” Cisco says. 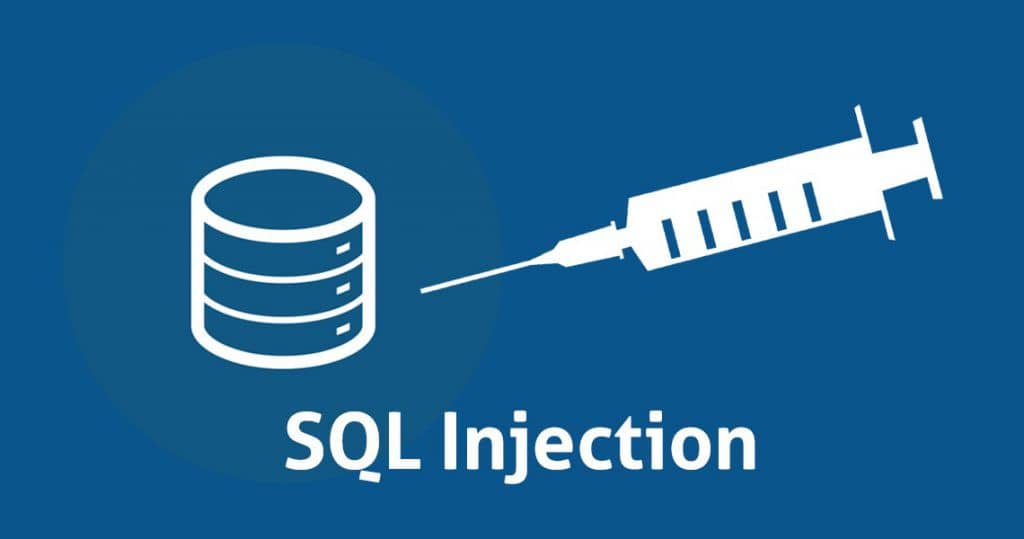 A SQL injection is a type of cyberattack that involves inserting malicious code into a server using Structured Query Language (SQL).

When a server is infected, information is released. An easy way to submit the malicious code is to enter it into a vulnerable search box on a website.

According to Data Insider, social engineering is “a cyberattack strategy which relies heavily on human interaction.” Another example of a password attack is accessing a password database.

Cyber security practices continue to evolve in keeping with the development and change of the internet and digitally dependent operations.

Cyber security studies are focusing more on two areas in the following sections, according to Secureworks.

The Internet of Things

Any device that connects to the internet or another network provides a point of access for hackers. In 2019, Cytelligence reports that hackers spent increasing time hacking smart homes and Internet of Things (IoT) devices, such as smart TVs, voice assistants, and connected baby monitors.

The Explosion of Data

Cyber attackers can find entry points into a network more easily through personal devices like laptops and cellphones that store data.

In the May 2019 book “Data: Reclaiming Our Cyber Security in the Digital Age”, former Department of Homeland Security Secretary Michael Chertoff warns against the widespread dissemination of personal information, which has made people more vulnerable to cyber-attacks.

Lastly, it’s quite clear that cyber threats are a big deal. No matter if you’re an individual or an organization. Therefore, cyber security professionals need to be aware of the latest evolving cyber threats to keep everything safe and secure from attackers.