Top 10 Solid Programming Languages for 2022: You Must Learn 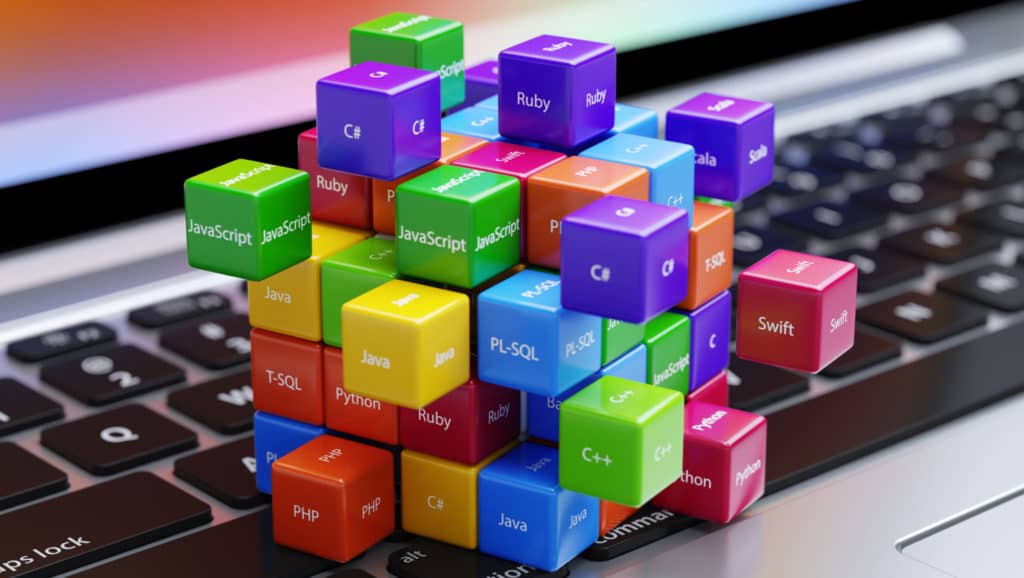 The software programming industry is a hot career right now—there’s no question about it. According to the Bureau of Labor Statistics, programming jobs are expected to grow by 21%  between 2018 and 2028, four times the average growth rate for all occupations.

There are, however, many different types of programming jobs. Knowledge of multiple programming languages can be beneficial for different roles, companies, and types of software.

It’s beneficial to know which languages are in high demand, whether you’re a new programmer or looking to brush up on your abilities.

According to job postings, earnings, and based on factors such as ease of use and future growth potential, these are the top ten programming languages for 2022.

In this post, we’re going to cover those 10 programming languages which you certainly need to know. 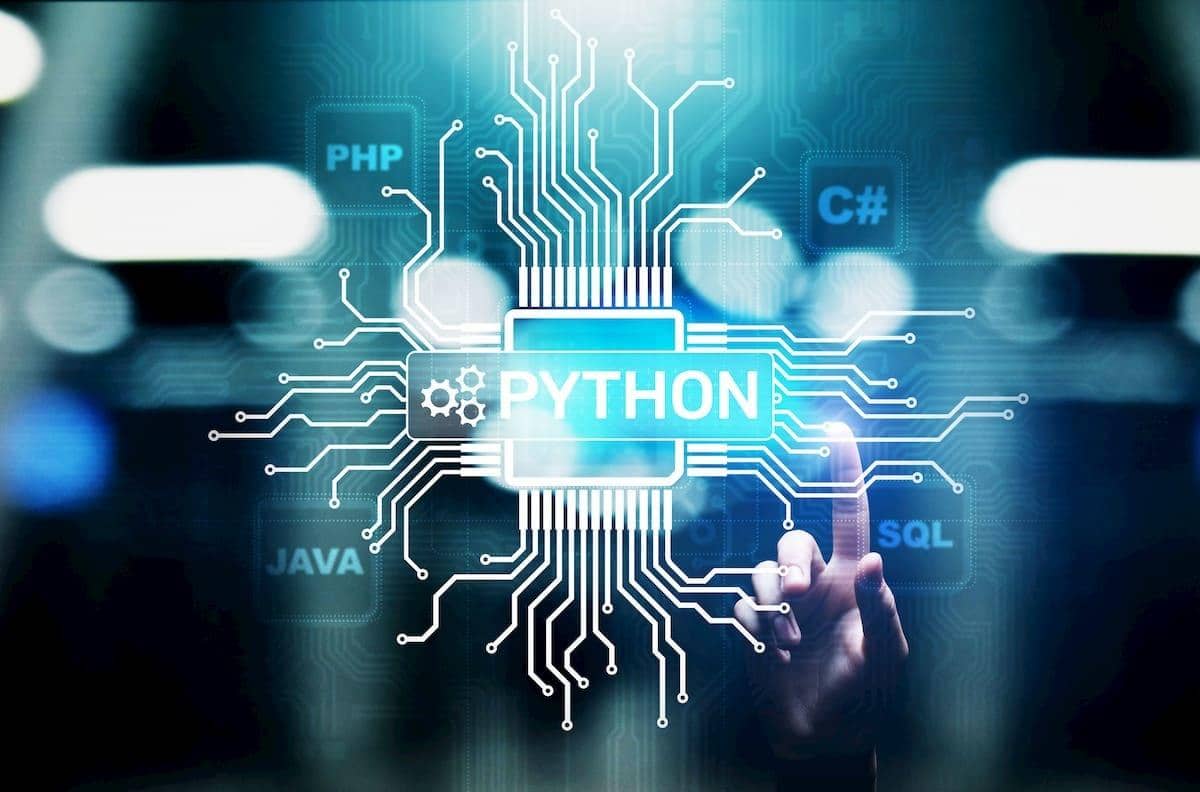 There are many programming languages out there, but Python is one of the most popular. Developed by Guido van Rossum, it was released in 1991.

It is widely used for a number of things, including (server-side) web development, software development, mathematics, and system scripting.

It’s the first language that students learn in the Align program, Gorton says. “You can cover a lot of computer science concepts quickly, and it’s relatively easy to build upon.” Python is a popular programming language, especially among startups, it’s a high-demand skill.

Common Uses: For various applications, including financial services, data science, and artificial intelligence Python has been widely used over the years.

Worth mentioning that social media sites such as Instagram and Pinterest are built on the Python programming language. 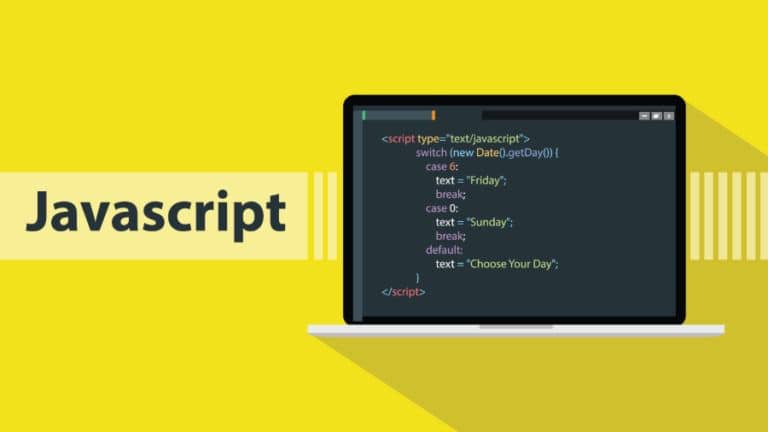 Advantages: JavaScript is the most popular scripting language used for interactive websites; Gorton states that “virtually everyone uses it”.

Using JavaScript and Node.js together, programmers can create web content on the server before a page is viewed in the browser, making it possible to create directly browser-based games and communications applications.

Additionally, JavaScript can be extended with additional add-ons.

Drawbacks: Some browsers prevent JavaScript code from running because many pop-up ads use JavaScript, which can certainly contain malicious code.

Common Uses: In the development of websites and mobile applications, JavaScript is extensively used. Browser-based applications can be developed with Node.js, so users do not need to download any application. 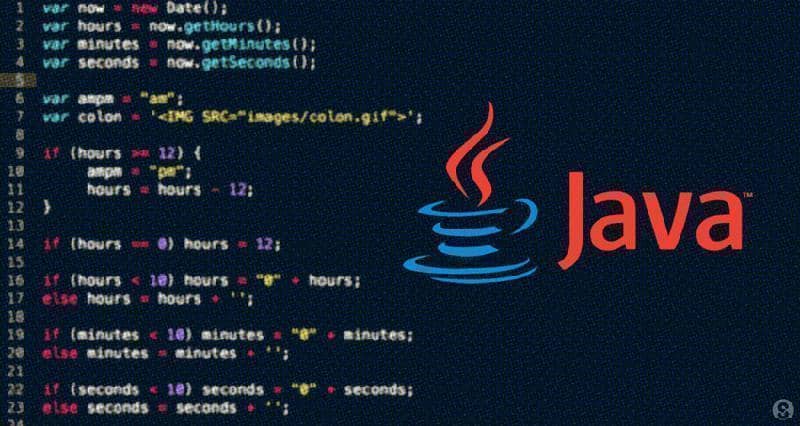 It is an object-oriented, class-based programming language with a minimal number of implementation dependencies.

As a universal programming language, Java code will run on any platform that supports Java and can be written once to run anywhere.

Byte code is compiled into Java applications, which can run on any Java Virtual Machine. A Java program is similar to a C or C++ program.

A Java application can run on any platform that supports Java because Java is designed to be a loosely coupled programming language. Consequently, Java is referred to as a software language that allows programs to be written once and run anywhere.

Drawbacks: There are some downsides to Java, including that it is not ideal for cloud-based applications (which are most common in business applications). Java Development Kit users must also pay an annual licensing fee to Oracle, which owns Java. 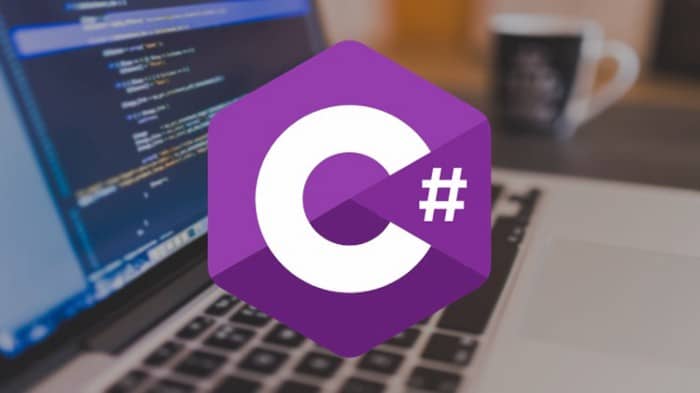 Microsoft developed it under Anders Hejlberg’s leadership within the .Net initiative, and it was approved by the International Standards Organization (ISO) and European Computer Manufacturers Association (ECMA).

Programming language C# is part of Common Language Infrastructure and the current version is version 10.0, C# is similar in syntax to Java and is understandable by users with knowledge of C, C++, or Java.

Advantages: The C# programming language was developed by Microsoft as a faster and more secure variant of C.

A number of data types are available in C#. It has an extensive library of code and a shared codebase.

Drawbacks: C# has some drawbacks, including a steep learning curve, particularly when it comes to resolving errors. Compared to C++, it is less flexible.

Common Uses: C# is the language of choice when it comes to developing Microsoft ads, and Windows applications. With an extension to the .NET Framework called Mono, it can also be used on mobile devices and video game consoles. 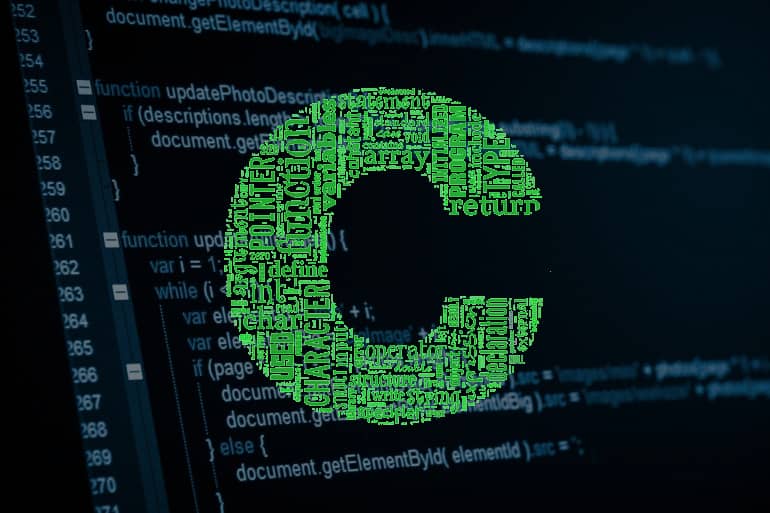 C offers procedural programming capabilities. In 1972, Dennis Ritchie came up with the idea. It was developed to write an operating system mainly as a system programming language.

C language has low-level memory access, simple keywords, and a clean syntax. These characteristics make the C language suitable for system programs, such as operating systems or compilers.

The C++ language is almost a superset of C. (Some programs may compile in C, but not in C++).

Common Uses: C is often used as a programming language for hardware, such as embedded electronics in automobiles and medical devices in hospitals, because it can run on any type of device. 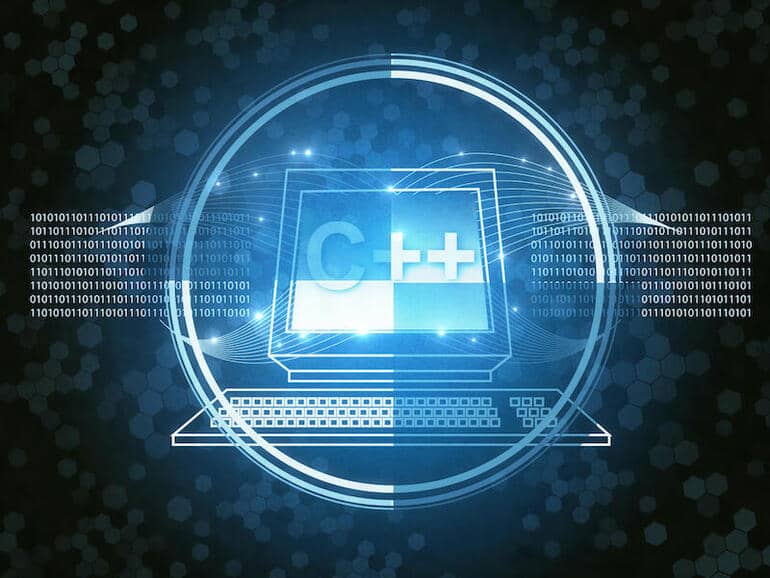 The C++ programming language was developed as an enhancement to C that enhanced the object-oriented paradigm. C++ is both imperative and compiled.

As a middle-level language, C++ allows you to write both low-level (drivers, kernels) and high-level (games, GUI, desktop applications, etc.) applications. Neither C nor C++ has a different basic syntax or code structure.

Advantages: The C++ programming language is an extension of the C programmings language that works well for developing systems that run applications rather than the actual apps.

Drawbacks: Similar to C, C++ has a complex syntax and a wide variety of features that can make it confusing for new programmers. Additionally, C++ does not support run-time checking, a method of detecting bugs or errors while the software is running.

Common Uses: Computer games and mathematical simulations are built on C++, which is used for many applications. 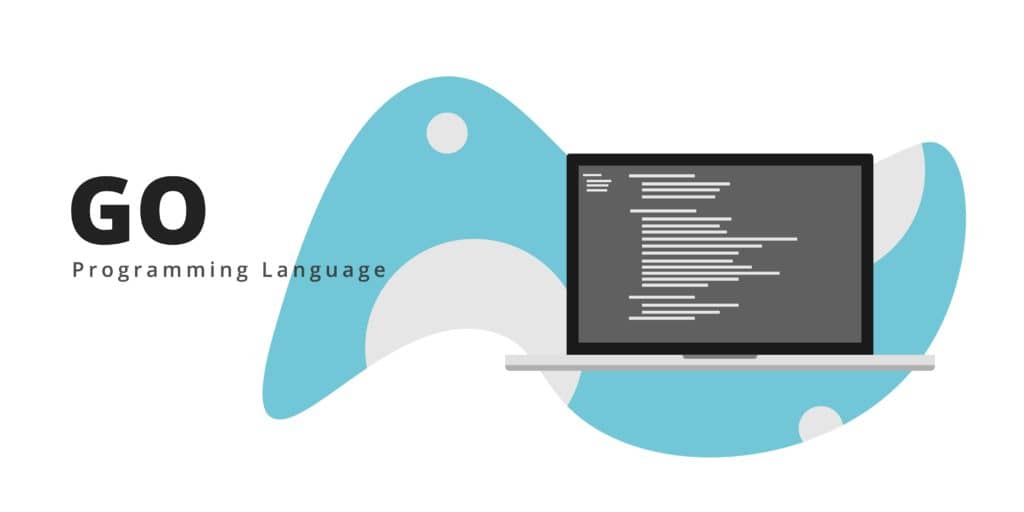 Languages like Go are procedural languages. Robert Griesemer, Rob Pike, and Ken Thompson began developing it at Google in 2007 but chose to launch it as an open-source programming language in 2009. Packages allow dependency management to be easily accomplished.

As with dynamic languages, this language supports the concept of adopting patterns to the environment. As an example, type inference implies that y := 0 is a valid declaration of a float variable y.

Advantages: The Go programming language was developed by Google as a system-level programming tool that would be efficient, readable, and secure.

It works well for distributed systems in which different networks are connected, and each system is sending messages to the other.

Go has an extensive standard library and documentation, despite being relatively new.

Drawbacks: The language does not gain widespread adoption outside of Silicon Valley. The most common way end-users interact with anything with a screen is via graphical user interfaces, which Go does not provide.

Common Uses: Go is primarily used for applications that process large amounts of data. Companies such as Netflix, Twitch, and Uber use Go for some applications in addition to Google. 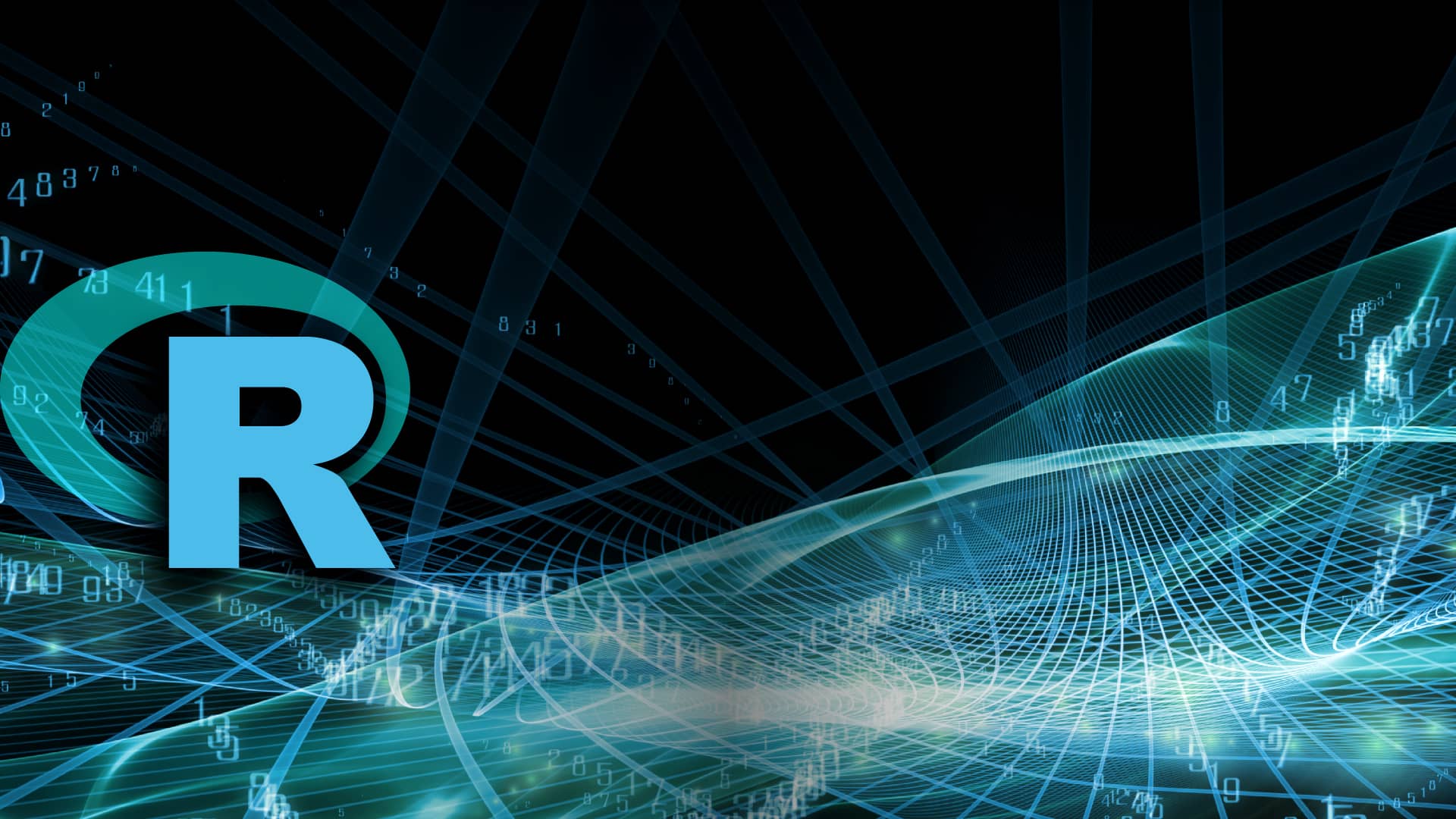 R is widely used as a statistical software and data analysis tool as an open-source programming language. Typically, the interface is Command-line based.

Developed by the R Development Core Team at the University of Auckland, New Zealand, it was designed by Ross Ihaka and Robert Gentleman.

A reimplementation of the S programming language, R is created by Ross Ihaka and Robert Gentleman. As well, it integrates semantics inspired by Scheme regarding lexical scoping.

Advantages: Machine learning and statistical analysis are both heavily reliant on R. There are many operating systems that support R.

As a result, R is a vital tool for analyzing massive data sets, putting R programmers in high demand.

Common Uses: Statistics software is the most common use of R. 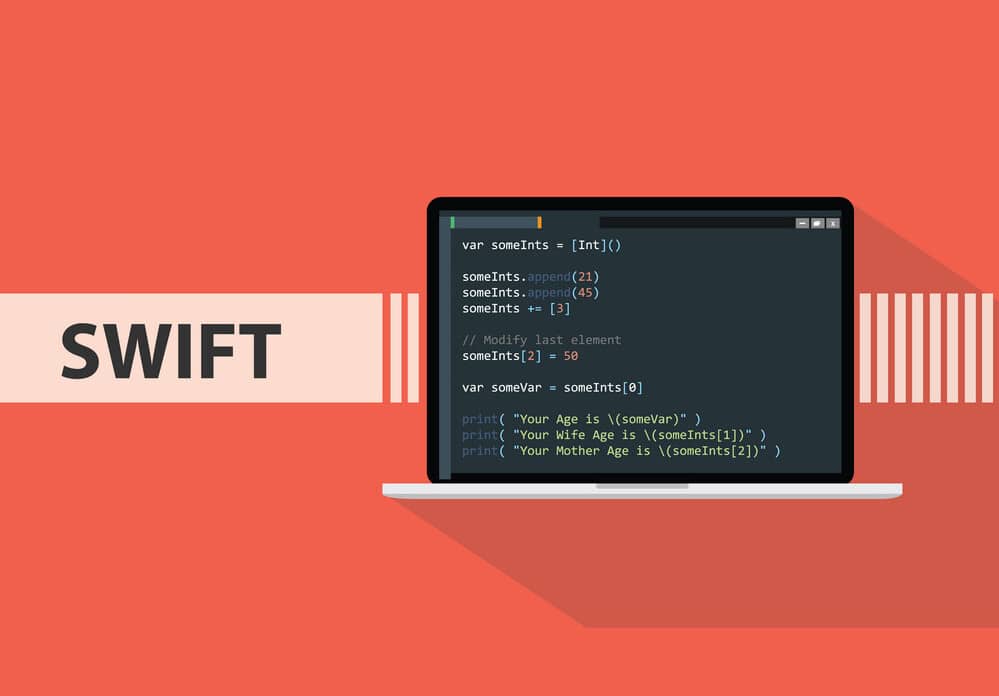 Swift is an object-oriented, functional, imperative, and block-structured programming language. Developed using a modern approach to safety and a set of software design patterns by Apple Inc., it utilizes the most recent research on programming languages.

iOs, macOS, watchOS, and tvOS applications can be written in this new programming language.

Swift is just one of many programming languages that have a highly readable syntax, run code quickly, and are capable of being used on both the client and server sides of web development.

Drawbacks: The Swift framework can only be used on Apple’s iOS 7+ devices. It cannot be used with older applications. Because it is a relatively new language, the code can sometimes be unstable, and fewer third-party resources are available.

A server-side scripting language specifically designed for web development, PHP. This language is open-source, meaning you can download and use it for free. It is easy to use and learn. Its files end in “.php”.

Rasmus Lerdorf contributed to PHP’s early versions and inspired its development. Unlike most interpreted languages, PHP does not require a compiler.

Advantages: A website that frequently requests data from a server may use PHP for server-side development. A large community of users has created frameworks, libraries, and automation tools that have made PHP easier to use as a programming language. Additionally, PHP code has an easy debugging component.

Drawbacks: The popularity of PHP has dropped since Python and JavaScript gained popularity. PHP also has some security vulnerabilities.

PHP developers tend to take on short-term jobs lasting less than one year, according to Indeed.

Common Uses: WordPress, Facebook, and Wikipedia all use PHP as the code for their content-oriented websites.

Additional 7 Programming Languages on Which You Can Count On

If you’re looking to expand your programming skills, these programming languages may not be as popular as the ten above.

Dart– Dart is an excellent programming language for making apps run on different platforms, such as Windows and iOS.

Kotlin- Kotlin is a suitable programming language for Android development.

Perl- Perl was originally designed to create text-based programs, making it easy to learn and a popular tool to build a proof-of-concept.

Rust- For applications with many concurrent tasks, Rust provides high performance and security.

Scala- is a Java-compliant language with a play on the word scalable and is used for cloud-based applications.

If you’re not good at programming languages, then managing any website would be difficult for you. But if you build a website through WordPress for your business then you don’t need to be mastered in coding.  Let’s assume, you have a WordPress site and looking for a theme or plugin to make things easy for you.

Despite having not any knowledge of programming and coding, these themes and plugins can do your work for you. Since there is nothing to code here, so you can go with as you want.

ThemeLooks specializes in WordPress themes and plugins along with HTML5 templates by which you can get your business website going. Approximately, you’ll find all kind of themes or plugins that suits your niche of the website.

Learning a new language is a great way to advance your programming career, regardless of whether or not you’re an experienced coder. So how do you go about it?

You must decide which first step to take according to your schedule and resources.

The following list of the most in-demand programming languages for 2022 is to help you get started on your journey!

Develop your expertise and fluency in the various programming languages based on your skills and interests if you are planning to launch a career in programming.